A link to the Clink

A heritage prison will have a new life, reports Frank Van Straten.

Exactly as our friend Gus, the theatre cat, predicted in On Stage back in Autumn last year, the old Bendigo Prison is to be transformed into a handsome new performing arts centre.

Over the years we’ve reported on several plans to give Bendigo a viable, modern live theatre. A bold scheme to build an up-to-date theatre adjacent to The Capital in View Street, and therefore neighbouring the much-admired Bendigo Art Gallery, have been on the table for many years. The council, however, struggled to overcome strong objections by powerful business groups concerned about the lack of parking, but also about expenditure on more cultural infrastructure.

Debate about the value of the Art Gallery has subsided recently in the face of compelling evidence that carefully chosen blockbusters such as 2008’s The Golden Age of Couture and the much-lauded Grace Kelly costume exhibition have attracted large numbers of visitors, especially from Melbourne. The momentum made it possible for the council’s executive at least to flag the idea of a new theatre with the capacity to attract big commercial touring shows and state and national companies. So this time, hopefully, the dream will be realised.

The imposing but inadequate Capital is currently the city’s only high-profile live theatre venue. his is a none-too-successful 1980s adaption of what was originally an 1873 Masonic Hall. It seats only 460, lacks a flytower and orchestra pit, and the small stage is difficult to access.

The new project had its genesis when the Federal government’s stimulus package allocated $7 million to the Ballarat Senior Secondary College for the construction of a new hall within the grounds of the adjacent prison – situated on the romantically named Gaol Road, it opened in 1863 and farewelled its last inmates in January 2006. College principal Dale Pearce realised that rather than a basic hall, the project could be expanded to fill the needs of the community as well as the school.

The latest plans call for a 1000-seat theatre, drama, dance and music studios, and outdoor dining areas. It’s costed at $25 million. The Federal Government has contributed $12.3 million, the Regional Development Victoria fund and the Bendigo council have each provided $3 million, and the state education department is contributing $8 million. The Federal grant requires construction to start by November 2012. The state government will manage the tendering and construction phases.

City of Greater Bendigo chief executive officer Craig Neimann said there would be community consultation for the planning permit and further design work in the coming months. He forecast that a planning permit would go before a council meeting in July or August, but warned that, ‘Because the council will go into caretaker mode on 25 September, councillors must approve a planning permit before then, so that the project can proceed on time.’ 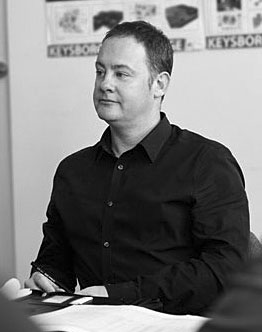 The designers of the project are Melbourne-based Y2 Architecture. Matt Dwyer, Y2’s design director, described the project as ‘a cultural and architectural first. It’s a piece of unique architecture, paying homage to its past. I’ve never seen a new theatre incorporate an old gaol site before. This is a once-in-a-lifetime opportunity.’

Y2’s plans call for a two-tier theatre with a large stage, orchestra pit, fly-tower, dressing rooms, music, dance and drama studios, learning areas and a commercial kitchen for learning. There will be outdoor dining areas and parking for 244 cars. The main public entrance will be through the historic Marong cell block, the site of the prison’s original gallows. The college will have an entrance via the new cafe and canteen areas. A cell will be preserved and possibly opened as a museum.
College principal Dale Pearce says an original wall of the prison’s chapel from the 1850s was discovered during demolition works.

‘This project actually opens up the site,’ he says. ‘It will bring people into it and allow the people of Bendigo and central Victoria to see a significant historical asset that they’ve never had access to previously. These very high quality new facilities in music, drama, theatre studies, dance, foods, hospitality and a new canteen facility will be a tremendous boost for us.’

The council will manage and ticket the new theatre but the College will be its major user and will control the surrounding facilities. Other central Victorian schools, touring shows and performers, and local community groups will also use the new complex.

Mr Lloyd said he was certain the new theatre wouldn’t make The Capital redundant. ‘The character that exists in The Capital is certainly an attraction. We have events here that we wouldn’t move over to the new theatre, our fine music for example. But we’re excited about having a suite of options available. It opens up The Capital for even more longer-term community use.’

City of Greater Bendigo mayor Alec Sandner said construction was expected to begin in November and finish in mid-2014. ‘It’s the princess of all princesses,’ he said, adding that it would encourage the commercial sector to invest around it. ‘I wouldn’t be surprised if we have an organisation coming in and wanting to build a five-star conference centre fairly close to this district.’

Though community reaction has been manly enthusiastic, many residents have contacted The Bendigo Advertiser to express their concerns. This is typical: ‘Ratepayers in Bendigo are guaranteed that senior council staff and a majority of councillors simply won’t tackle major projects in a thorough and professional way. The “Hangman’s Hall” theatre is yet another half-baked plan for Bendigo. It is in the wrong place and has been shoved down our throats without anything like proper consultation. The estimated capital cost is likely to be about half the final cost and there has been almost no consideration of ongoing costs. One can only hope that a VCAT appeal by ratepayers will expose the many follies.’

About that name: As intriguing as it is, it’s doubtful that ‘Hangman’s Hall will be the final choice. Chief executive officer Craig Niemann says the council will seek community input on a name for theatre, which is presently labelled ‘The Sandhurst Performing Arts Centre’. ‘Because the construction will be a lengthy period,’ he says, ‘we'll have a fair bit of time to make sure we can name it appropriately, and name it something the city and the community will be very proud of.’

City of Greater Bendigo City Futures director Stan Liacos said the development would have educational, social, cultural and economic benefits for Greater Bendigo. ‘We are giving life to a heritage asset,’ he said, ‘and there are not too many things you can use old gaols for.’

Compiled with thanks to The Bendigo Adveriser and Y2 Architects.

Bendigo5: [USE ONLY IF NEEDED]
The Capital, View Street, Bendigo. Image: THA.

More in this category: Preserving the Scenic Books »
back to top