Peter Pinne discusses the latest additions to his ever growing library of CDs and DVDs. 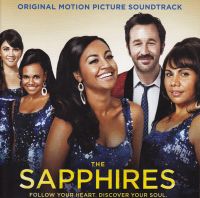 The soundtrack from last year's feel-good Aussie movie The Sapphires (Sony 88725422172), about the experiences of an indigenous girl group in Vietnam, is by far the best of the new show music releases. Jessica Mauboy dominates the disc, as she did with the film, delivering high-powered vocals on a collection of pop and soul standards from the 60s/70s. "I heard it through the Grapevine," and "I Can't Help Myself" share the limelight with originals by Creedance Clearwater Revival ("Run through the Jungle), Sam and Dave's "Hold On! I'm Comin'," and The Emotions ("Shouting out Love"). 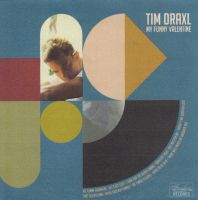 Tim Draxl's new album My Funny Valentine (Fanfare 088) springs from his recent national tour, Freeway – The Chet Baker Journey, and features a clutch of tunes from the songbook of this quintessential cool 50s Los Angeles trumpet player who also sang. Draxl has never sounded better. With just the right amount of bluesy attitude he's completely at home in songs by Rodgers and Hart, Kern, and Gershwin. Jack Strachey's "These Foolish Things," Harry Warren's "There Will Never Be Another You," and Frank Loesser's "Let's Get Lost" all stand out in an album where it's hard to pick a winner. Ray Aldridge's musical direction and piano is spot on, and the trumpet work by Eamon McNelis couldn't be better. 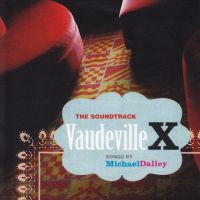 In 2004 after a premiere Melbourne season, Vaudeville X won the Green Room Award for Best Original Songs in Cabaret, and followed with a gig at the 2007 Adelaide Cabaret Festival. The soundtrack album features 16 satirical songs, all written by Michael Dalley, and performed by him, Grant Cartwright and Daniel Fletcher with piano accompaniment by John Thorn. Clever and funny, they mercilessly lampoon everything from right and left-wingers to musical theatre performers, backpackers, and breakfast radio. There are many laugh-out-loud moments in this collection with "Things aren't Going Well When Girls Called Narelle Drink Caffe Latte" one of the highlights. 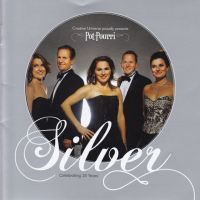 Pot Pourri – Silver (Move MCD 459) has been released to celebrate the 25th Anniversary of this Melbourne pop-opera group. This album is by far their most enjoyable. It duplicates songs from their other six albums, but these are newly recorded and sound better. Their line-up has also changed with Rebecca and Jon Spode adding a bit of vocal warmth to regulars Tania de Jong and Jonathan Morton. Most tracks have piano accompaniment by Rebecca Chambers. Standards from Les Miserables and Phantom of the Opera are included along with Sting's "Fields of Gold," Rodgers and Hammerstein's "You'll Never Walk Alone," and Piaf's "La vie en rose." 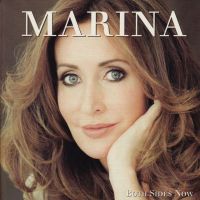 Musical theatre diva Marina Prior knows her way around a stage, but on her new album Both Sides Now (Fanfare 080) she's left the theatre behind and opted for a selection of 60s and 70s pop hits that meant something to her when she was starting out as a street busker. This extremely well-recorded album finds Prior in good voice and helped with impressive piano accompaniment by David Cameron. Songs by Kate Bush, Joni Mitchell and Freddie Mercury make up this eclectic collection that also includes ABBA's "SOS," and Michel Legrand's "Windmills of your Mind." 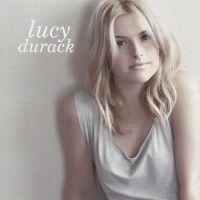 One of Australia's newest musical theatre diva's also leaves her theatre roots behind on her debut album Lucy Durack (Universal 3713517). Durack proves she can certainly handle a tune or two on this selection which includes "You Don't Know Me," "Bye, Bye Blackbird," and "Dream a Little Dream of Me." She duets with her Legally Blonde co-star Rob Mills on "Dancing in the Street," does a fine job on two self-penned tunes, "Two Feet," and "Circus Song," and brings a little touch of magic to Harry Warren and Mack David's "At Last." Bonus track (hidden) is a jaunty "Zip-Dee-Doo-Dah." 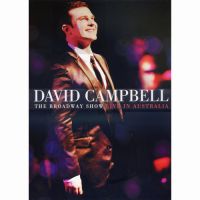 In 2011 David Campbell released his On Broadway album which spawned a national tour. That tour concert has now been released on DVD, David Campbell – The Broadway Show (Columbia DVD 88697803889). The tracks are almost identical to the CD except "Soliloquy" (Carousel) replaces "Some Other Time" (On the Town), and the concert ends with an "Al Jolson Medley," songs Campbell has been singing since he first appeared on the scene in 1995 with his A Kid Inside show at Sydney's Tilbury Hotel. 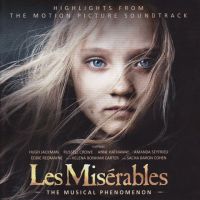 Mention should also be made of two high-profile international releases that feature Australian performers. The soundtrack highlights album from the movie version of Claude Schonberg and Alain Boublil's musical theatre blockbuster Les Miserables – Highlights (Polydor/Universal 37245851) features Hugh Jackman's Oscar nominated performance of Jean Valjean, and Russell Crowe's reviled vocal performance of Javert. It's a highlights album but to be honest I couldn't find one highlight on it. 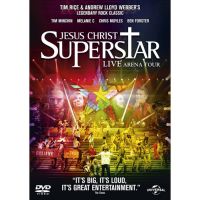 The DVD of a recent acclaimed UK arena tour of Andrew Lloyd Webber and Tim Rice's Jesus Christ Superstar (Universal B00BLFY7A2) has just appeared, appropriately on the eve of the Australian arena tour of the same production. Tim Minchin who starred as Judas in the UK production also repeats his role down under.

More in this category: « Show Tunes
Login to post comments
back to top