The Ballets Russes in Australia

The Ballets Russes is an immense subject celebrated in literally hundreds of books, theses and articles over the years since its birth in 1909, when the Premiere of Serge Diaghilev’s Ballets Russes was held at the Théâtre du Châtelet in Paris. But here is neither the time nor place to do more than concentrate on a few brief, but exhilarating, moments.

THE YEAR IS 1940, the place is very likely Brisbane’s His Majesty’s Theatre, the occasion—performances by Colonel W. de Basil’s Ballet Company, also known as the Original Ballets Russes.

J.C. Williamson’s Lighting Director, Les Thorp, has captured a few moments of the ballets Le Beau Danube and Graduation Ball. Obviously he was shooting on 8-mill film, from the stage’s flies, and we have an exceptional view of several series of fouettés—that fabulous, famous ‘party trick’ beloved of particular choreographers. Thorp, a man of many skills, was with The Firm for more than three decades, and his grandson Paul Worsnop, a ‘live-aboard cruising yachtsman and freelance actor’, permitted us to view reel after reel of his grandfather’s ‘home movies’, and to incorporate them within our digital gallery of material.

Le Beau Danube was abridged both in title and length from the 1924 ballet Soirees de Paris, to the one-scene ballet first performed by the revived Ballets de Monte Carlo, in Monte Carlo, in 1933. The music is by Johann Strauss, the sets by Vladimir and Elizabeth Polunin—after Constantin Guys, costumes by Count Etienne de Beaumont and choreography and book by the Moscow-born Leonide Massine.

The story is simple, one of encounter and rivalry, set in a public garden in Vienna in the 1860s, between an innocent young girl (the Daughter), an ex-mistress, a not-so-innocent Street Dancer, and the young girl’s fiancé the dashing Hussar.

Le Beau Danube was included in the first and third Ballets Russes’ tours to Australia—to Melbourne, Sydney, Brisbane and Adelaide—over the years 1936-1940. In Monte Carlo, back in 1933, the main roles were danced by Massine himself as the Hussar, Alexandra Danilova the Street Dancer, Tatiana Riabouchinska the Daughter, David Lichine the King of the Dandies and Irina Baronova the First Hand. Usually the spirit, if not the details, of the Polunins’ Guys’ backcloth depicting an elegant hansom cab bowling through a park, and the subtle colours of the majority of the costumes, have been retained.

In this 1940 film segment it is also possible that both Tatiana Riabouchinska and David Lichine are included in the cast. Edouard Borovansky, a Czechoslovakian dancer who had partnered Anna Pavlova and who had first visited Australia in 1929, stayed in  Australia at the conclusion of the Ballets Russes tours, and went on to form his own ballet school and company. He performed the role of the Athlete, or Strong Man, and here in Les Thorp’s film it is highly likely that it is Borovansky we see, and on the 30th of June 1945, his company first performed this ballet in His Majesty’s Theatre in Melbourne, Borovansky reprising his role as the Strong Man. Tamara Tchinarova and Peggy Sager shared the role of the Street Dancer, Paul Grinwis the Hussar and Strelsa Heckelman the First Hand. The daughter, unfortunately unconfirmed, Laurel Martyn, Edna Busse or Dorothy Stevenson.

The ballet continued within the company’s repertoire until November 1960. The original scenery was recreated under the direction of William Constable and painted by Rupert Browne. The costumes were made by JCW Modes, ‘Henry’, Misses Little and Jock Miller.

As we see in Les Thorp’s footage a chandelier is lowered and Graduation Ball takes to the stage. The premiere of this one-act ballet took place in March 1940, in Sydney’s Theatre Royal. The scenario and choreography were by Russian-born David Lichine, the music—one again—Johann Strauss, arranged and conducted by Antal Dorati. Alexandre Benois was responsible for the scenery and costumes.

The cadets of a military school are invited to a dance at a fashionable girls’ school in 1840s Vienna. There are a series of divertissements and episodes, including a flirtation between the Old General and the Headmistress (always played by a man), a fouetté competition, a romantic pas de deux, a cheeky young girl who performs an impromptu solo and a brilliant variation for the Drummer Cadet. From the moment the girls and the cadets catch onto the singular behavior of both the Old General and the Headmistress, decorum is abandoned, and the Ball is transformed into a ‘gay revel’. The evening ends, but not before one of the cadets returns for a secret rendezvous with his lovely partner, only to be surprised by the appearance of the Headmistress who brings about an abrupt ending to their little tryst.

In the 1940 premiere Borislav Runanine played the Headmistress and Igor Schwezoff the Old General. The Junior Cadet was David Lichine himself, the lovely young pupil Tatiana Riabouchinska. The premiere in Sydney was an unprecedented success—there was curtain call after curtain call—shouts of ‘Lichine! Lichine!’. Graduation Ball was a godsend as far as the Sydney season was concerned—and also for J.C. Williamson’s management!

In Mr. Thorp’s film, now mid-1940, we see the two competition dancers, the Old General, the Headmistress, the cheeky girl, plus the cadets and students. 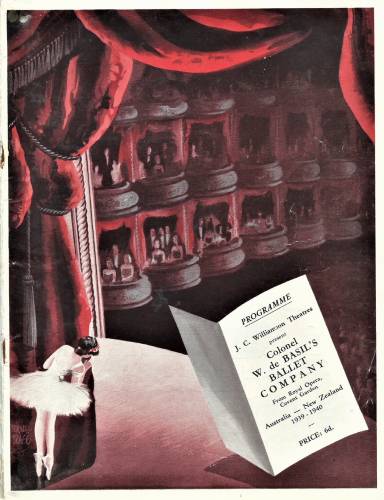 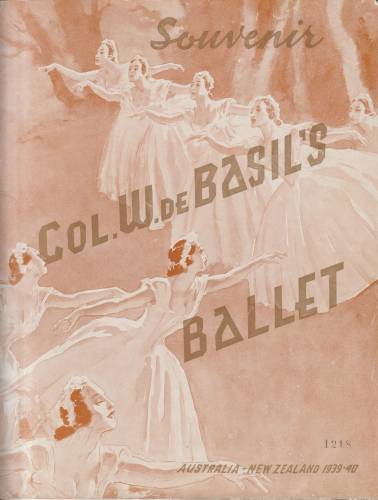 In February 1954, fourteen years after its premiere, the Borovansky Ballet Company introduced Graduation Ball into its repertoire, with David Lichine personally restaging the work. The Headmistress was Paul Grinwis, the Old General John Auld, the Junior Girl Claudie Algeranova and the Junior cadet Vassilie Trunoff or Raoul Celada. Pamela Proud was a delight as the cheeky young student. Under scenic director William Constable, J. Alan Kenyon and Cecil Newman created the sets, and the costume team was that of the earlier ballet, Le Beau Danube.

But almost exactly two years before Borovansky’s production, the National Theatre Ballet Company in Melbourne presented their Graduation Ball at the Princess Theatre. Kira Bousloff (née Abricossova) reproduced Lichine’s choreography. She and her husband Serge had danced in one of the Ballets Russes tours. The scenery, after a design by O. Pedersen of Copenhagen, was painted by Dresford Hardingham. The Headmistress was Leon Kellaway (aka Jan Kowsky, and brother to Cecil Kellaway), the Old General Ronald Reay. Marie Cumisky had a lot of fun with the Junior Girl, or Pigtails, and Raymond Trickett was an exemplary Drummer, or Drum Major.

Graduation Ball was performed by the Borovansky Company almost right up until its demise in early 1961—its last performance in late November 1960, and since then most notably in early 1980, when the Australian Ballet Company presented a ‘Tribute to Borovansky’, and this time the ballet was reproduced by a founding member of the Borovansky Company, the Melbourne-born Vassilie Trunoff (although not surprisingly, of Russian parentage). This tribute was a resounding success—Graduation Ball proved to be, once again, undeniably the ‘hit’ of the night. On the opening night Ken Whitmore was the Headmistress, Joseph Janusaitis the Old General, Lynette Mann the Junior Girl, Sheree da Costa a delightfully provocative Pigtails, the Leading Cadet was David Burch, and Dale Baker, the Drummer Boy. Designs, after Benois, were by Geoffrey Guy and the scenery painted by Melbourne’s Scenic Studios.

There were further performances over the next ten years, when the Australian Ballet Company took the ballet, along with several others, further afield—to countries including Russia, China, and America.

What a joy to be able to access these very special moments in Australia’s dance history: little did Paul’s grandfather imagine, as he stood aloft with his trusty 8-mill camera, that his contribution to Australia’s theatre heritage was to be viewed and enjoyed by so many of us, eighty years on. Maid of the Mountains 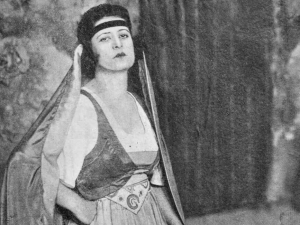 The Maid of the Mountains

Published in Maid of the Mountains
Read more...
Friday, 03 September 2021 Let’s Face It!, however, had two points in its favour with regard to its staging by JCW—it had also been slated for production on the London stage (where it premiered at the Hippodrome on 19 November 1942, amongst only a handful of new American musical shows to play the West End during the war years, which included Cole Porter’s Panama Hattie, Dubarry Was a Lady and Something For the Boys and the Irving Berlin revue This is the Army with its original US all-military cast) plus it had a topical plot that dealt with American army personnel. With the entry of the United States into the war following the Japanese bombing of its naval base at Pearl Harbour on the Hawaiian island of Oahu on 7 December 1941, followed by the formal alliance of Australia (under Prime Minister, John Curtin) with America to fight the Japanese in the Pacific, US servicemen had become a familiar sight on the streets of the Eastern capitals of Melbourne, Sydney and Brisbane, where they had established military bases and training camps.