BOOK REVIEW: Built for Ballet: An autobiography by Leanne Benjamin with Sarah Crompton, Melbourne Books, 2021, A$49.95 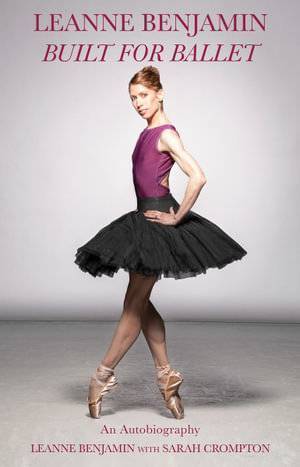 Built for Ballet: An autobiography by Leanne Benjamin with Sarah Crompton

First let me emphasise, this is not a coffee-table book but an excellently written autobiography by an incredibly articulate and literate person, a dancer—or ex-dancer if you insist—of enormous talent and strength of character.

This is an absolute must-read for anyone interested in dance training, in ballet, its practice and performance, and its history—The Royal Ballet Company’s in particular. In the Foreword Sarah Crompton presents us with a brief summary of Leanne’s life and her career, from her first to her very last stage performance, and the years beyond that, when she draws on decades of experience. Within the Introduction by Leanne she, also, gives us a wonderful overview of her life, from first dance classes and her teachers in Rockhampton, to the Royal Opera House, home to Britain’s Royal Ballet Company.

The Contents page gives us a tantalizing idea of what is to come—the chapter headings are provocatively telling, cheeky and determined, like Leanne herself.  They give a very clear and amusing indication of what is ahead of us, from her first ballet classes, along with her older sister Madonna, to leaving Australia at the age of sixteen for the Royal Ballet School—right through to her glorious, but emotionally overwhelming final performance on the Covent Garden stage, at the age of forty-nine, in August 2013.

Both her parents had three siblings—her father Bernie’s family was Catholic, whereas mother Jill’s was Anglican; her conversion to Catholicism, in order to solve any difficulties—ultimately resulted in a marriage that survives wonderfully to this day. Lucky Leanne has inherited her mother’s good looks and her father’s lean, strong frame and enviably long legs. 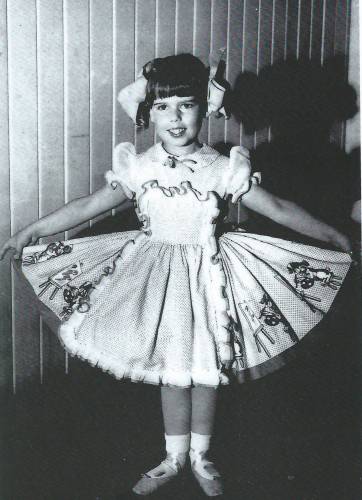 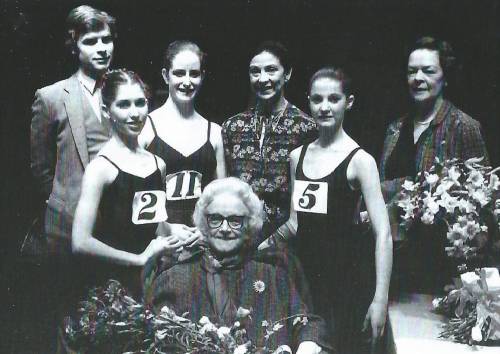 Tipped into the book are many photographs from her personal archive, giving us glimpses of her as an endearing ‘tiny tot’, through to stunning professional studies of rehearsals and performances—photos of the likes of Kenneth MacMillan, Frederick Ashton, Peter Schaufuss and Jonathan Cope, and particularly illuminating, those of Carlos Acosta, Edward Watson and Australian Steven McCrae. Mentioned throughout the book are many who helped shape Leanne’s career, or who were her guides on one path or another—Monica Mason, Anthony Dowell, Peter Wright, Ninette de Valois, Christopher Wheeldon and those already mentioned.  And what Leanne writes of ‘legendary teacher’ Martin Rubinstein—who ran a series of summer schools in Sydney from the late 1970s and which she attended—has a very familiar ring for many of us who were taught, at some age or stage, by him.

Underpinning all is the heart-warming support of her family, their journeys to London and Leanne’s trips back to her hometown—we read of the occasional injury or illness, mishaps on stage, the struggles—her decisions regarding moves to other companies and the subsequent experiences – the strict adherence to the daily class, the demands of rehearsals, and the constant striving for perfection. 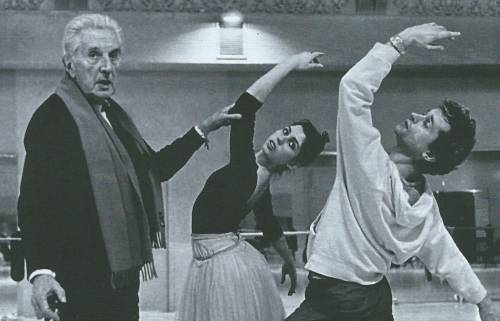 Rehearsing Romeo and Juliet with Frederick Ashton and Peter Schaufuss 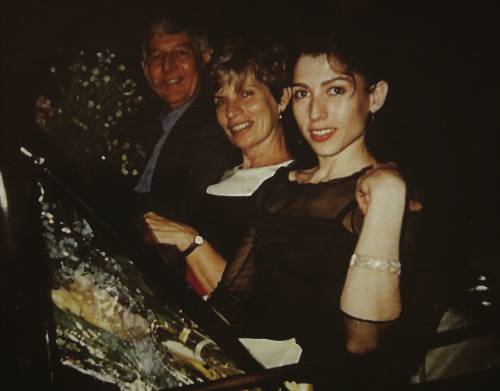 With parents after a performance of Manon in Sydney

We learn about ballets never performed here—in particular those of Kenneth MacMillan—Mayerling, Requiem and Gloria, for example, and we learn a lot about the man himself, his incredibly demanding and often controversial choreography that ‘show-cased’ strong female characters; how fortunate that Leanne was to have such a connection with the man, and that she has been able to continue to honour his work with her ongoing coaching and tutoring. ‘She’s astonishing, very, very talented. She has a lovely line and all that, but she brings out the dramatic qualities in the music too.’

There is a description and a possible explanation of, and insight into, what went wrong with Ross Stretton’s tenures, both with The Australian Ballet and The Royal. Leanne is very appreciative of both the latter and Covent Garden, it is clearly obvious she has a deep understanding of their combined histories and their relevance today. Her writing makes such lively, warm and engaging reading that her story is a delight, from start to finish.

Her extraordinary self-knowledge is demonstrated by an intense investigation into, and dissection of, a dancer’s life and motivations, and a continual striving for a ‘life balance’. Leanne describes, for instance, the way the daily class proceeds through the music chosen, from plies to jetes, a gradual build-up—“I love the way it develops over the ninety minutes … the music matches you every step of the way”. She questions her decision to prolong her career, the choice she made to stay with the company for so long. Articulate, assured, obsessively conscientious—all these may be applied, along with the evidence of a combination of extraordinary athleticism and superb dance quality. 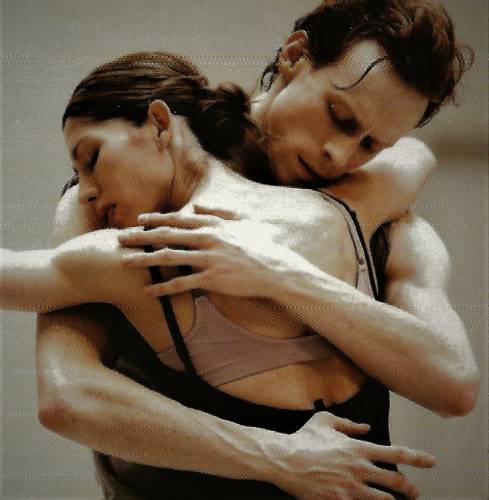 In rehearsal with Edward Watson 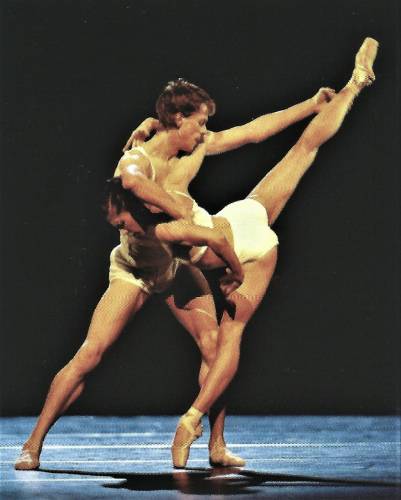 Built for Ballet certainly does not end with that final performance of Mayerling (interesting that the role of Mary in MacMillan’s ballet was her first leading role in her ‘new company’, The Royal Ballet)—Leanne writes of ‘Rebuilding a Life’ followed by ‘What I have Learnt and What I Pass on’—which takes us up to, give or take the odd month, the present day.

And naturally we read of her marriage to Tobias, son of British ballerina Georgina Parkinson and photographer Roy Round, the birth of their son Thomas in 2003 and how this event affected and ultimately strengthened the decade of performing that followed, where she was able to totally inhabit every character she had the good fortune to portray, be it Odette or Odile, Mayerling’s Mary Vetsera, Swanilda, Anastasia, Lise or Juliet … A beautiful, beautiful dancer.

Leanne describes the creation of what is now an iconic image—that of her executing a flick jete in the outback, not far from Alice Springs—where she launched herself into the sky ‘in touch with the red, red earth of my beloved country’. This image of Jason Bell’s we are fortunate to enjoy again (having first encountered it on the cover of Valerie Lawson’s 2019 book, Dancing Under the Southern Skies) on the wrap-around back cover of Built for Ballet. 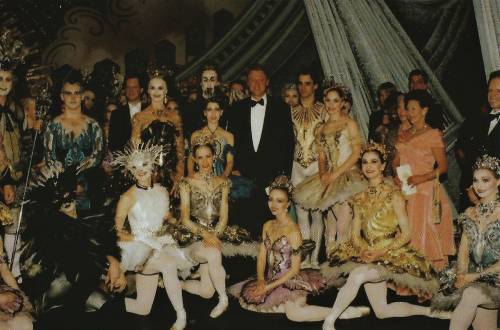 With President Bill Clinton at the Kennedy Center, Washington, after a performance of Sleeping Beauty 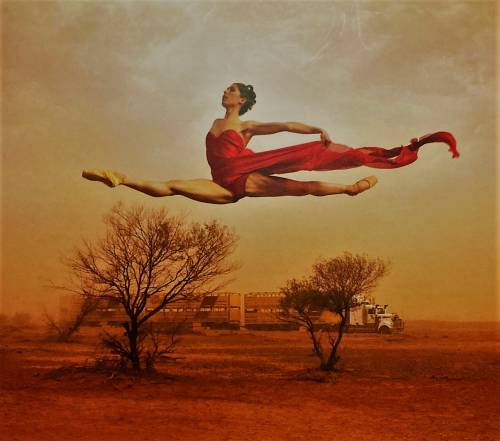 Launching herself into the sky

On what is most certainly the most perfect and seamless of collaborations Leanne and Sarah are to be congratulated; please come forward—to take curtain call—after curtain call!

More in this category: « My Fair Ladies: Exhibition Review Home Truths: Book Review »
back to top