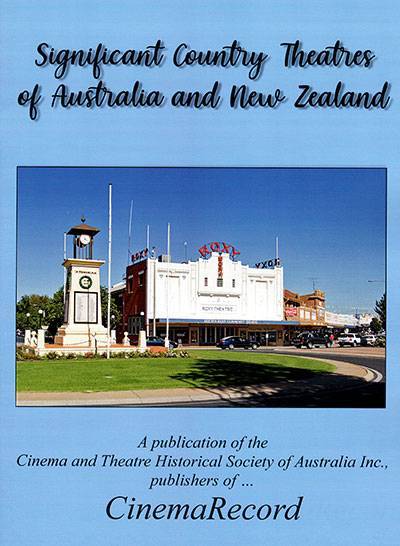 Significant Country Theatres of Australia and New ZealandON THE GREAT EASTERN HIGHWAY, about halfway between Perth and Kalgoorlie, is Merredin, a former gold mining town in the heart of Western Australia’s wheatbelt. Remarkably, its population of around 2800 people support a thriving 500-seat theatre, the Cummins. This is just one of nearly sixty intriguing venues covered in a new book, Significant Country Theatres of Australia and New Zealand, published by our colleagues at the Melbourne-based Cinema and Theatre Historical Society Inc.

The Cummins has a particularly fascinating history. It was built as a silent cinema in 1928 by James Cummins, a local brewer and former Mayor of Kalgoorlie. It was constructed largely from elements recycled from the dismantled Tivoli Theatre in Coolgardie, which dated from 1897.

The Cummins was the second cinema in the state to be wired for sound, and the sixth in Australia. Refurbished several times, it continued as a cinema until 1973, when it was purchased by the local shire. It is now used as a live venue by the Merredin Repertory Club and by visiting artists: AC/DC, Slim Dusty, Marcia Hines, the Wiggles, Johnny O’Keefe and even David Helfgott have played the Cummins.

It is this element of discovery that makes the new CATHS book so fascinating. Each theatre is given a page with a thumbnail history, four of five pictures (most of them in colour), and details such as opening date, seating capacity, and current status. It’s good to see that many of the theatres are operational, either as live venues, cinemas, or adapted for community use. A few, sadly, have been demolished.

A number of the venues featured are the work architects best known for their major city theatres. Charles N. Hollinshed, for example, who worked on Melbourne’s Comedy, the Maj 1934 interior, the Auditorium and the Village, Toorak, also designed the now-demolished Corio Theatre in Geelong, the Princess in Launceston and the 1570-seat Regent in Palmerston North, New Zealand, which is reminiscent of his concept for the Comedy. Another prolific theatre architect, Henry Eli White, remembered for his work on Melbourne’s Palace, Princess, Athenaeum and Palais theatres and Sydney’s State and much-lamented Regent, is also credited with Newcastle’s elegant Civic, Townsville’s Winter Garden and the Theatre Royal in Timaru, New Zealand.

Most of the venues date from the Twenties and Thirties, but there are some surprisingly early survivors, such as Her Majesty’s, Ballarat (1875), the Australia in Orange, NSW (1886), and the Gaiety in Zeehan, Tasmania (1898). The most recent is the multi-purpose Araluen Arts Centre in Alice Springs (1984). It’s built on the site of the Alice’s first aerodrome (1939) and incorporates some of the original buildings.

Somewhat bizarrely, we can thank the COVID lockdown for Significant Country Theatres of Australia and New Zealand. It was CATHS’ way of compensating members for the suspension of their regular Sunday morning get-togethers at the Sun Theatre in Yarraville. Most of the images have been provided by CATHS members and are now preserved in the vast CATHS archive, which is housed at the Prahran Mechanics Institute.

Significant Country Theatres of Australia and New Zealand is a quality production and, at only $20 (postage included), it’s extremely good value.

For details of how to obtain a copy, visit the CATHS website: caths.org.au 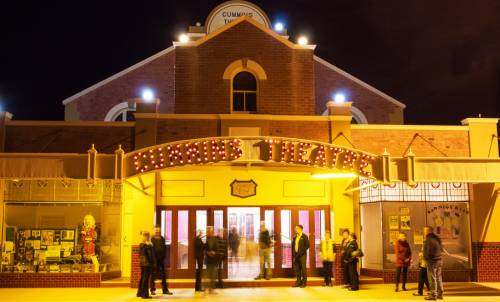 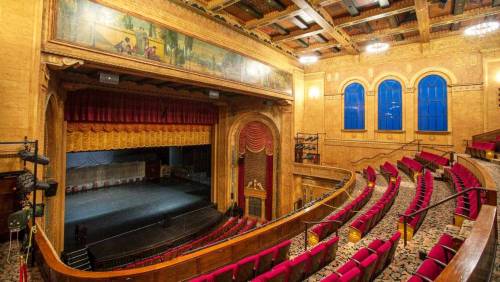 More in this category: « Enjoying the Scenery: When the Heidelberg School went backstage (Part 1) The Falk Studios: Book Review »
back to top