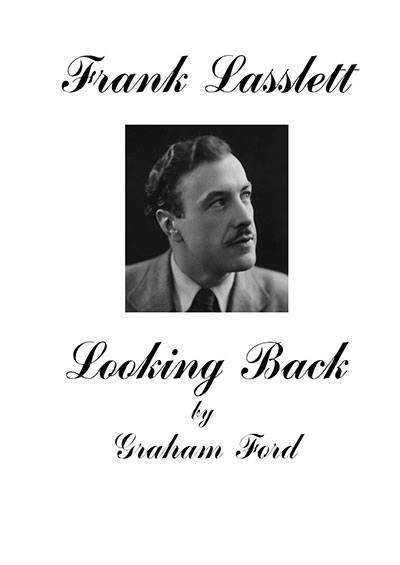 Frank Lasslett: Looking Back by Graham FordGRAHAM FORD WROTE IN 2001 a very detailed and affectionate history of FRANK LASSLETT’s working career. He collaborated with Frank not long before Frank’s death in 2003, and this history is rich in detail.

Frank Lasslett spent his life in the theatre, as a singer, and later in just about any other capacity from stage manger, dresser to machinist. The history reads just as a diary would, with each year articulated into what he did and what he did next. Many reviews are quoted, and his many successes are celebrated. It also paints an affectionate picture of Melbourne theatre especially from the 40s to the 70s.

Frank was also a friend of my friend, Jeff Warren, and I met him on several occasions at Jeff’s home in South Melbourne. I wish I had had Graham Ford’s history then, as I only got a vague idea of what Frank had done. Graham was lucky to hear all the stories.

It is important that people like Frank Lazlett are not forgotten, as they contributed much to the artistic growth of the arts in Australia. My only wish in this history is that we got to know more about the man himself, rather than only what he did. There is no history of Frank Lasslett's personal life, which was probably his preference before he died. I suspect he was a private person in regards to that, as even meeting him several times, I knew little about him. But here is a very scholarly record of a life. It includes a long appendix of letters from 1944-45 and a list of all his roles throughout his life. It would be of help to any future writers on the history of theatre in Australia.

Graham Ford’s biography of Frank Lasslett is available to read in full via the THA website courtesy of the author. Click here to download Frank Lasslett: Looking Back by Graham Ford

More in this category: « Chalet Monet: A Glorious Living History: Book Review At the Coliseum deLuxe »
back to top