‘The Show Went On’: Hiawatha

In late 1939, Samuel Coleridge-Taylor's dramatic cantata of Hiawatha was performed at Melbourne's Exhibition Buildings. As Cheryl Threadgold discovers, in the audience was a small boy, just six years old. His name was John Aldous. And his mother was one of the thousand singers, musicians and dancers who defied the gathering clouds of war to make musical history.

Almost one thousand professional and Amateur performers had been rehearsing the musical pageant Hiawatha for several months, carefully planned by the Melbourne City Council to coincide with the 1939 Spring Racing Carnival.[1] The announcement of World War Two in September that year did not deter those involved with the production, and Hiawatha with pageantry, music and drama, opened on 21 October, 1939. Presented until 4 November at the Royal Exhibition Building, Carlton, the well-attended season included thirteen evening and two matinee performances.[2] Seven thousand school children had been invited to see two dress rehearsals.

Based on Henry Wadsworth Longfellow’s poem and comprising three cantatas composed by Samuel Coleridge-Taylor, the pageant Hiawatha was adapted, dramatized and produced by Thomas C. Fairbairn. This was the first time Hiawatha had been performed in Australia, but the spectacular musical pageant was already well-known in England, having been presented annually by Fairbairn at the Royal Albert Hall between 1924 and 1939.[3] The only exception was in 1926, when the production could not proceed due to the United Kingdom’s General Strike between 3 May and 12 May.[4] 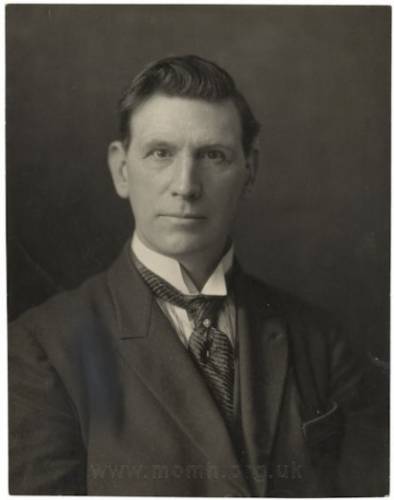 Image © The Museum of Music History. 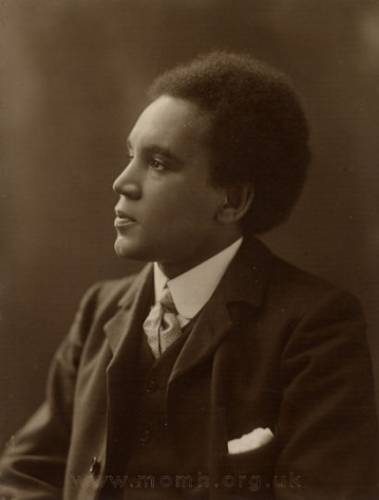 Image © The Museum of Music History.

Fairbairn had been asked by London’s National Institute for the Blind to present a charity event in the Royal Albert Hall, and he premiered Hiawatha there in 1924. The production featured a real waterfall, 10,000 square feet of backcloth, a snowstorm, ballet, hundreds of ‘Native Americans’ and a medicine man played by a genuine Mohawk called Chief Os-Ke-Non-Ton, a trained singer.[5] Australian baritone Horace Stevens was cast in the lead role, and Hiawatha Coleridge-Taylor, the composer’s son, conducted the first performances.[6] In later performances, Fairbairn cast another Australian in the lead role, baritone Harold Williams, but when a third Australian, Norman Menzies of Geelong fell ill at a final rehearsal and could not perform, it was the first time the role of ‘Hiawatha’ had not been sung by an Australian.[7] Fairbairn’s recognition of Australian talent also included artist Frederick William (Fred) Leist, who designed the costumes for the 1924 Royal Albert Hall production and also painted the huge backcloth depicting the Rocky Mountains, fir trees and wigwams for the oratorio, Song of Hiawatha.[8] Horace Stevens would later reprise his title role in the 1939 Melbourne production, sharing the role with another Australian, opera singer Walter Kingsley. This news would have surprised a writer in the Junior Section of The Age who had advised his readers that a ‘Native American’ would be playing the lead role.[9] Extracted from Iroquois folklore, Longfellow’s poem tells of the deeds of legendary Native American hero Hiawatha, a Mohawk Indian chief (or described by some sources as leader of the Onondaga tribe) born circa 1525. Hiawatha is attributed with having united five tribes to form the Iroquois Confederacy.[10]

For Melbourne’s three-act production, Fairbairn installed a stage in the Exhibition Building measuring one hundred and fifty by forty-five feet.[11] The cast of almost one thousand performers and musicians included a chorus of seven hundred singers (aged sixteen to sixty-four) from various Melbourne Choral Societies, a ballet of eighty dancers under the direction of Miss Jennie Brenan, principal dancers Laurel Martyn, Serge Bousloff and Lawrence Rentoul, and a seventy-five-piece, full symphony orchestra led by Edouard Lambert under the musical direction of Bernard Heinze.[12] Fairbairn’s significant overall role in presenting Hiawatha is emphasised in this sentence in the theatre programme: ‘Entire Production under the Personal Direction of T. C. Fairbairn’.[13] The Prefatory to the original musical score explains that composer S. Coleridge-Taylor  initially only planned to set ‘Hiawatha’s Wedding Feast’, which was produced at a students’ concert presented at the Royal College of Music, South Kensington, London on 26 October, 1898.[15] The second section, ‘The Death of Minnehaha’, resulted from a request that the composer contribute a choral work to the North Staffordshire Musical Festival produced at Hanley on 26 October, 1899. The third section, ‘Hiawatha’s Departure’ was written for, and performed with the preceding sections by the Royal Choral Society at the Royal Albert Hall, London, on 22 March, 1900.

John Aldous was six years old when attending the Exhibition Building to see his mother, professional performer Mabel Aldous, sing in the 1939 Hiawatha pageant.[16] John says his first memory is of the height of the ceiling and the glow of light. ‘My mother, a contralto, was in the second bottom row of the choir, dressed as an Indian squaw with her cheeks daubed with coloured stripes’. John remembers the lead performer, Horace Stevens, making his appearance high up at the back of the stage. ‘Dressed in a brown tunic with a large feathered headdress, with its feathers hanging down to his waist. With his arms outstretched, he called to the choir, the singers got up as one, and in a flurry of brown tunics they ran towards him’.

John clearly recalls walking with his parents across the gardens to the cable tram wheelhouse at the top of` Swanston Street, which he says later became the Carlton Brewery. ‘I believe my mother in costume was with my father and me on the ride from the city to the St Kilda Esplanade’, reflects John. ‘The inside of the cable car was dimly lit and the varnished timber walls and ceiling were very dark for a sleepy six-year old’. John remembers alighting at the stop outside the St Moritz Ice-Skating Rink. ‘My father carried me across the little park to Pollington Street, where I was put to bed’. 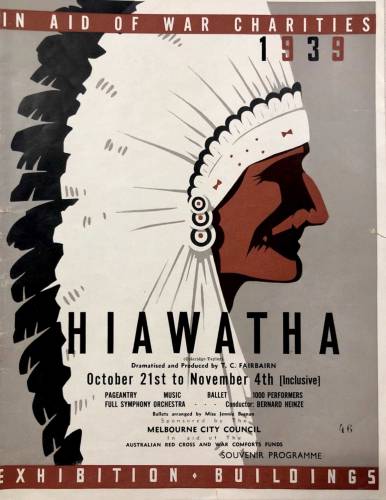 Sponsored by the Melbourne City Council headed by The Rt. Hon. Lord Mayor of Melbourne, Councillor A. W. Coles, this grand-scale spectacular was presented in aid of the Australian Red Cross and related funds.[17] During the months of pre-production planning and rehearsals for Hiawatha, the organisers had not known that World War Two would commence before the show’s scheduled opening night. The decision to proceed with presenting this production at a time of war was regarded by some as questionable when other Australians were selflessly committing to enlist in the Forces.

The contrasting moods of this new wartime era, only one month after the outbreak of conflict, can be recognised in the Hiawatha theatre programme. Earlier pages describe various theatrical aspects of the production, then in serious contrast, the last page contains an advertisement for The Argus newspaper: ‘READ the WAR NEWS’, and ‘SEE the WAR NEWS in Airmail pictures and up-to-date COLOURED WAR MAPS’. On the back page, in another change of mood, is an advertisement for sparkling wine, featuring a glamorous, silky-gowned lady triumphantly holding high a glass of wine in celebratory style. The patriotic, goodwill intentions to stage the well-received production would appear to justify such grand scale entertainment proceeding at this difficult time in Australian history. Patrons in the three thousand, five hundred strong audience on opening night included the Governor, Sir Winston Dugan, Lady Dugan and other leading Victorian citizens.[18]

An article written by Kenneth R. Hendy, published on 21 October, 1939 in Melbourne’s The Argus newspaper, attempts to counteract concern with staging the production by pointing out the patriotic value of presenting Hiawatha at this worrying time. Headed ‘Hiawatha Comes to Melbourne’, and sub-headed ‘An Anglo-Scot Uses Greek Form in a Play about an Indian by a Half-caste Negro’, the article first tells of the old legend of Hiawatha. Hendy reminds us that the great native American prophet, statesman and teacher had played a part in building the British Empire with his formation of a powerful confederation of five Indian tribes, which fought with the British settlers in the wars and brought Canada under British rule. Seeking to justify presenting this show at a time of national uncertainty, Hendy suggests the Hiawatha production symbolises a form of weaponry: ‘Now the dramatic presentation of part of the Hiawatha legend is to aid the Empire in its fight against Hitlerism’.

Hendy also recognises the international influence associated with Hiawatha, such as the story of a Mohawk Indian told by an American poet, set to music by ‘the half-caste West African negro, Coleridge Taylor’ (English-born composer Samuel Coleridge Taylor, known as the ‘Black Mahler’ was the son of a doctor from Sierra Leone) and dramatized by an Anglo-Scot, Thomas C. Fairbairn. Hendy believes the production ‘has taken something of the form of the ancient Greek drama’ and praises Fairbairn as ‘probably the only Englishman since Milton who has attempted such an enterprise’. Convinced that Fairbairn had done more than merely adapt the Greek form to English presentation, Hendy writes: ‘He has captured something of the Greek outlook on life, of the spirit of the great civilisation that reigned 500 years before the Christian era’. 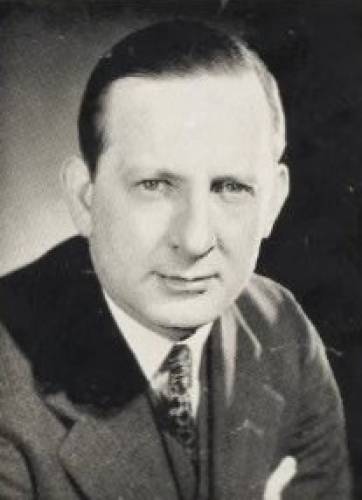 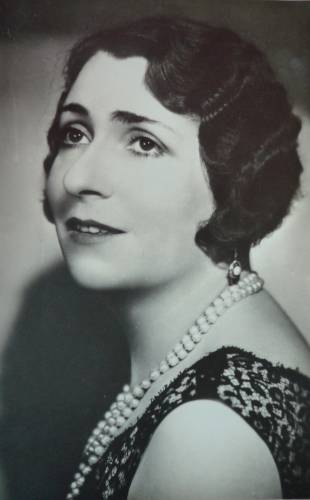 The Argus newspaper favourably reviewed the thirteen-night production, and an article titled ‘Pageantry of Hiawatha’ described the show as ‘an event which musical Melbourne will long remember’.[19] The review praised the show, saying ‘Mr T.C. Fairbairn, the musical director, Professor Bernard Heinze, the leader of the orchestra, M. Edouard Lambert, the principals and the one thousand performers came through a herculean task with high honours’. The review notes that, ‘the great audience of three thousand went home thoroughly satisfied and happy that, though the war had caused the cancellation of most of the events of the Melbourne spring carnival, Hiawatha had survived’.

The 1939 production of Hiawatha in Melbourne was elaborate and large scale, but was not the first musical performance staged in the Royal Exhibition Building post-World War One. Mimi Colligan’s article titled ‘From Hallelujah to Hiawatha’ refers to musical ‘occasions’ presented from 1920 to celebrate various grand events. [20] Hiawatha, together with Fairbairn’s lavish staging, fringed Indian costumes and feathered headdresses, is described by Colligan as having a ‘spectacular visual impact’.[21] On 1 July, 2004, there was global recognition for the Royal Exhibition Building and Carlton Gardens when the site was inscribed on the UNESCO World Heritage List, becoming the first built heritage site in Australia to be declared ‘World Heritage’.[22] A later study of the Exhibition Building concludes that the two-week run of the choral pageant Hiawatha in 1939 was ‘one of the most extravagant musical concerts ever to be staged at the Exhibition Building in the twentieth century, and, ironically, one of the last’.[23]

3. Jack Cowdrey, ‘June Story of the Month: The Royal Choral Society and the Royal Albert Hall, 2012, https://www.royalalberthall.com/about-the-hall/news/2012/june/june-story-of-the-month-the-royal-choral-society-and-the-royal-albert-hall/ (accessed 6 May, 2020)

More in this category: « Memories of Evan Hercules and the VTT The Adventures of an Australian in London: A double life in music »
back to top